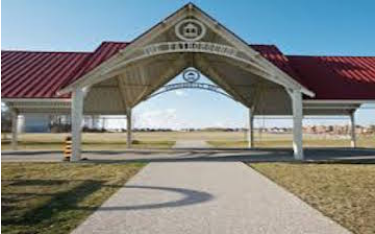 Glanbrook is a blend of small town character with a diversified economy and proximity to all the amenities of the big city. Including the towns of Binbrook and Mt. Hope, Glanbrook now encompasses 75 acres and houses.
It boasts employers in industrial, retail and service companies, as well as in the traditional agricultural sector. This community is growing by leaps and bounds as city-weary home buyers are drawn to the area. Major new housing developments, such as The Fairgrounds in Binbrook developed by Marz Homes (www.marzhomes.com), are attracting young families. However, the small town character remains in gracious old homes and acres of farmland, as well as nearby conservation areas and nature parks right in residents own backyard.

The Binbrook Conservation Area, for example, is a 978 acre tract of land. Owned by the Niagara Peninsula Conservation Authority, it includes the large Lake Niapenco, which is surrounded by open meadows and hardwood forests with many walking trails. Amalgamated into the new City of Hamilton in 2001, Glanbrook itself was brought into existence through a 1974 merger of the townships of Binbrook and Glanford.

Binbrook has the perfect combination of country appeal and urban amenities. Within mere minutes, residents can find major shopping malls, restaurants, cafes, schools, the Lincoln M. Alexander Parkway, the Red Hill Expressway, Hamilton International Airport and so much more. With its small town setting, Binbrook is the ideal community to raise a family. Having the comfort and security of knowing your neighbours and the close-knit community around you makes rural living more inviting than ever before.
Showing 1 to 15 of 17 results