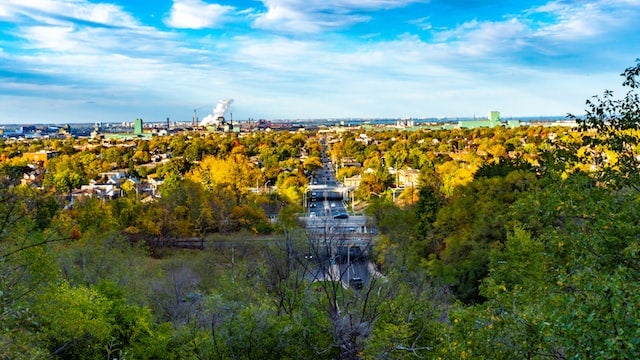 It's been another busy week in Ontario real estate, so we've rounded up five of the biggest news stories you'll want to read about. From incoming recessions to record low inventory, we've got the latest scoop here:
1. Better Dwelling: The Bank of Canada Front-Loading Won’t Guarantee A Soft-Landing: RBC

According to RBC Economics, the Bank of Canada’s attempt to decrease inflation by aggressively hiking interest rates wasn’t too little, but it was done too late to prevent a recession.

RBC is among the minority of banks predicting a recession but has predicted Canada, alongside the US and UK, will face economic contraction by early 2023 at the latest.

2. BNN Bloomberg: OSFI Rejects Pleas to Loosen Mortgage Rules
Despite a large rise in interest rates, the Office of the Superintendent of Financial Institutions (OSFI) is maintaining its hardline stance regarding mortgage underwriting standards.

These standards, which focus on uninsured mortgages, were tightened in 2017. As part of its reasoning behind maintaining the rules, the OSFI has argued they will ensure mortgage owners are “better prepared to weather the challenges ahead.”

3. Financial Post: Housing Inventory May Reach a Crisis Point in Major Canadian Centres, Report Finds
According to a Re/Max Canada report, housing inventory has been steadily decreasing in major markets over the last decade. The only exemption being Hamilton-Burlington, which was around 3% above the average.

The shortage is particularly troubling given the fact that 1.2 million newcomers are expected to be welcomed to Canada between 2021 and 2023. The article notes that the increase in household formations is another factor anticipated to put pressure on the lack of inventory.

4. Storeys: National Home Sales Decline for Sixth Straight Month, Prices Down $180K From Peak
Home sales have continued on their downward slope, dipping another 1% from July to August, according to the Canadian Real Estate Association (CREA). This is the sixth month in a row that sales have declined, however it does seem this trend is beginning to slow.

5. InSauga: Hamilton ranked among ‘best locations to invest’ by international publication
Site Selection Magazine has placed Hamilton among the best places in Canada to invest. The city has a proven track record of success when it comes to pushing through building permits - in 2021 reaching $2 billion is building permit values - and the completion of construction projects as a whole.

The projects include residential, commercial, industrial and institutional buildings with residential making up the bulk of the construction at 72.7% of all projects in the city.

Have any questions or want to chat about all things real estate? Reach out any time!
By using our site, you agree to our Terms of Use and Privacy Policy