Are House Prices Dropping in Hamilton? 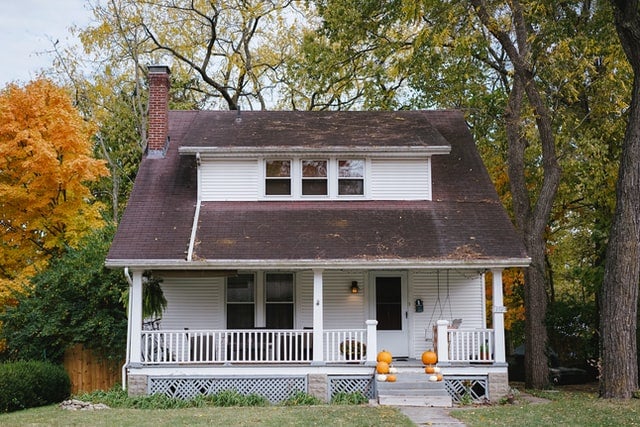 With interest rates rising alongside inflation, we know many people are asking and/or wondering if home prices are dropping in Hamilton.

Well, the short answer is yes…and also no.

Unless you’ve been living under a rock, you know by now the last couple of years have been (dare we say it) unprecedented. Interest rates were at record lows, unemployment continued to stay down in spite of the pandemic, work from home became the norm and in turn, demand for housing and therefore housing prices ended up skyrocketing.

But before we get into information about the Hamilton-Burlington area specifically, let’s chat briefly about national averages; over the last 15 years, homes across Canada have appreciated an average of ~6% per year, according to CREA.

On the contrary, between July 2020 and 2021 home appreciation in Hamilton-Burlington jumped a whopping 18% and at the peak of what is now being called the bubble, prices in February 2022 had increased 25% year-over-year (YOY) and were sitting at an average of $960,000.

It is important for us to note here that this type of increase is not the norm.

Since then, average prices in the Hamilton-Burlington area have come down to $732,500 (as of July 2022), which means prices have already decreased about 31% from the peak in February and as we can see in the chart below, are now sitting at nearly the same average price as this time last year. 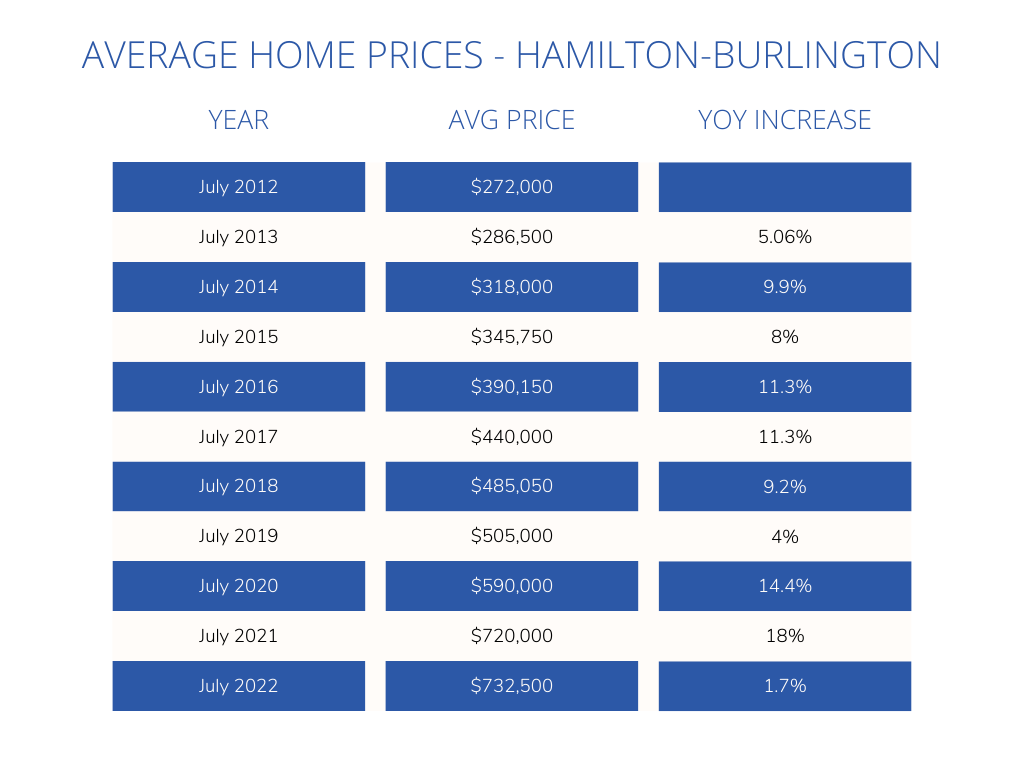 So long story short, yes. Prices are coming down from the peak and will likely continue to trend downward for a while longer given sky high inflation, higher interest rates, and sellers slowly beginning to accept the new normal in terms of pricing.

That said, if you take a quick look at the graph below you’ll notice that in the last 10 years, there have been no actual downturns in the Hamilton-Burlington region despite there being a correction in 2016, which saw national home price averages fall 20%.
This information should serve as good news to current home owners who may be concerned about a potential crash, but also insight to potential buyers who are currently waiting out the market and hoping for a crash.
If you are indeed serious about purchasing a home in the Hamilton-Burlington area but are waiting to see what happens, there are a couple of things you’ll want to bear in mind: The first is that while homes may continue to depreciate, interest rates are basically guaranteed to rise again (most likely another .50-.75%) in early September and again before the end of the year. So while the price of a home may go down, your mortgage payment would be higher. 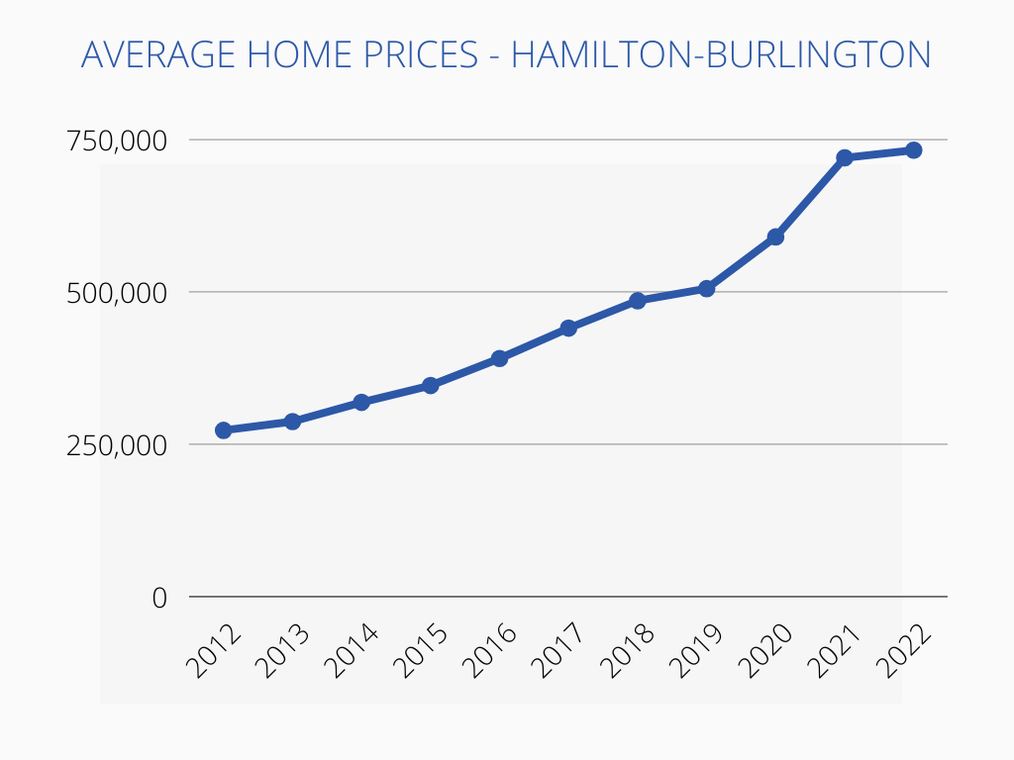 The second is by looking at the graph to the left we can see that even during the aforementioned dip of 2016/2017, Hamilton-Burlington was largely unaffected and in fact, continued to appreciate. While that has not been the case as of late, historical trends would indicate that prices are likely to resume their upward trend in the not-so-distant future.

Timing the market can be extremely useful, but also incredibly tricky. While no one has a crystal ball to predict what will happen in the months to come (even if they try to tell you otherwise), we can look at what happened in the past in order to get some idea about what to expect next.

Most importantly, remember that no matter what is going on with the Ontario real estate market as a whole, we are always here to help the market work for you.

If you’re interested in buying or selling and would like to chat with an expert, please feel free to reach out any time.
*All data obtained from RAHB stats.
By using our site, you agree to our Terms of Use and Privacy Policy